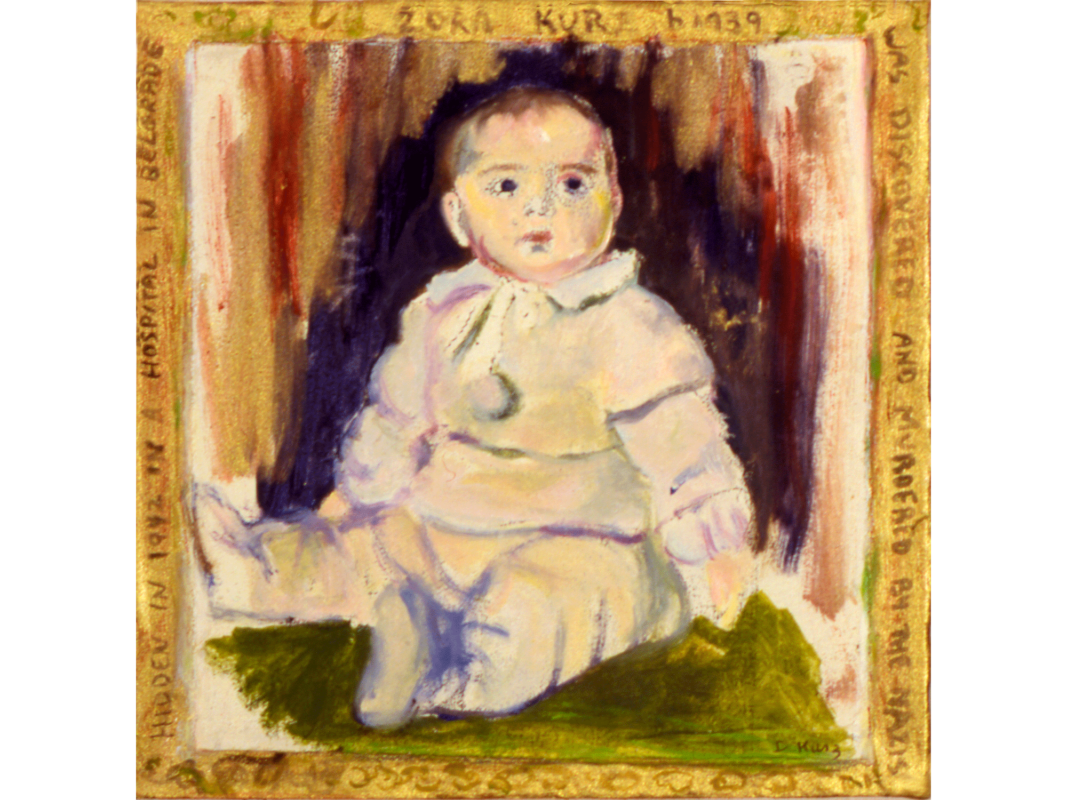 Among the artists whose work in this exhibition resonates emphatically with that interweave, and in a distinctly personal way, is Diana Kurz, from New York City. The two works in this exhibition, and many, many more that she has produced over the past three decades, commemorate members of her family killed by the Nazis. Her paintings present what were clearly old photographs—but translated into color, and enlarged exponentially, sometimes tenfold, expanding and immortalizing those whom the Nazis imagined that they could destroy. Indeed, she began this extensive series in 1989, after seeing some old photographs of family members lost in the Holocaust, whom, she realized, nobody would remember if she did not memorialize them.

The two images are “Zora” and “Two Brothers.” The poignant portrait of Zora Kurz is wrapped around along its “frame,” as the artist often does, with text—simple and straightforward biographical details: she was born in 1939—the year World War II actually began, and was hidden in a hospital, in 1941, but was discovered and murdered by the Nazis. That’s all, for there is no more to say. We may ask the obvious questions, ranging from “how was she discovered?” to “what might she have done with her life had she grown from her plump babyness to adulthood?”—but there are no answers.