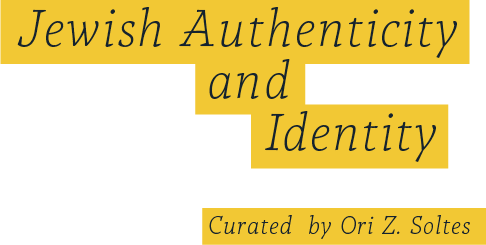 View a recording of the panel discussion that occured May 4, 2021, moderated by Rabbi Lauren Tuchman

The Exhibition Was Displayed at Adas Israel Congregation April 5 – May 14, 2021

View the online exhibition in order of the live display, or navigate to view select artists, sections, and artworks. 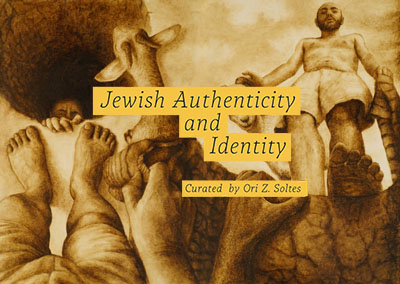 About: Authenticity and Identity

Originally scheduled to open in April 2020, Authenticity and Identity is an exhibition curated by Ori Z Soltes, a professor at Georgetown University’s Center for the Study of Jewish Civilization, who for four decades has engaged critically with Jewish artwork, politics and culture. Under his direction, the exhibition looks at how artists respond to and reflect Jewish identity, including political exclusion, women’s issues, assimilation, cultural appropriation, and cultural identity. On view through May 14, 2021, admission was free; timed tickets required.

In the organization of this project, Ori Z. Soltes has acted as curator, researcher, and author, supported by exhibition director Robert Bettmann (of Day Eight.) The exhibition features more than 70 works of painting, sculpture, photography, and printmaking, including Jewish ritual objects, abstract works, portraits, public artwork maquettes, and more, created by contemporary Israeli artists, European artists, and artists from around the United States, including many from the Washington, D.C. region.

Artists in the Exhibition

For almost 150 years, Adas Israel Congregation has been a flagship synagogue in American Jewish life. We care about having meaningfully Jewish experiences and work together to ensure each of us has multiple entry points to those moments. We also care about the wider world and appreciate how our location in Washington provides unique pathways for social impact. At Adas Israel Congregation, we draw from the wisdom of the Torah for insight and strength in all that we do. Every service, every class, every program, and every meeting at Adas Israel is filled with potential for connection—to Torah, God, each other, and the world.

How do I reserve tickets to attend the live exhibition?

The exhibition is no longer on display at Adas Israel - click to visit the online exhibition
What safety protocols are in place?

To attend the exhibition live in person you must have a timed ticket. Attendees will only be allowed in to the exhibit at the time of the ticket to ensure a maximum of five visitors in the space at any given time. All attendees must remain socially distant, and wear masks.

How can I purchase the exhibition catalogue?

Click to purchase the catalogue
How can I purchase artwork in the exhibition?

This is a museum-type exhibition; none of the works on display are for sale from the synagogue. Some of the artwork may be available for purchase at the end of the exhibition directly from the artists. A list of available artworks will be provided to attendees at the exhibition-closing celebration, and to learn more and register for that event click here. A collector wishing to contact a specific artist may request contact information by email to admin (at) DayEight.org. 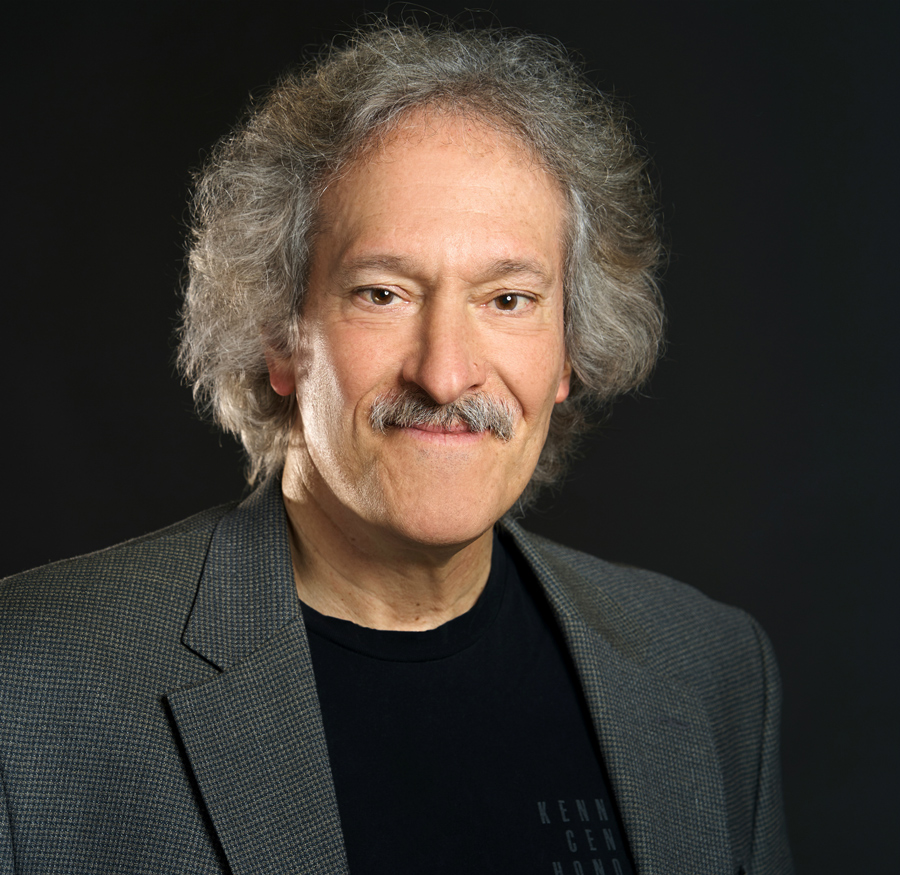 Ori Z Soltes is a pre-eminent scholar of Jewish art, culture, and history. He is the former Director the B’nai B’rith Klutznick National Jewish Museum. As co-founding Director of the Holocaust Art Restitution Project he has spent twenty years focused on the issue of Nazi-plundered art. Soltes has authored or edited 25 books and scores of articles and exhibition catalogue essays. Recent volumes include Our Sacred Signs: How Jewish, Christian and Muslim Art Draw from the Same Source; The Ashen Rainbow: Essays on the Arts and the Holocaust; and Tradition and Transformation: Three Millennia of Jewish art and Architecture;