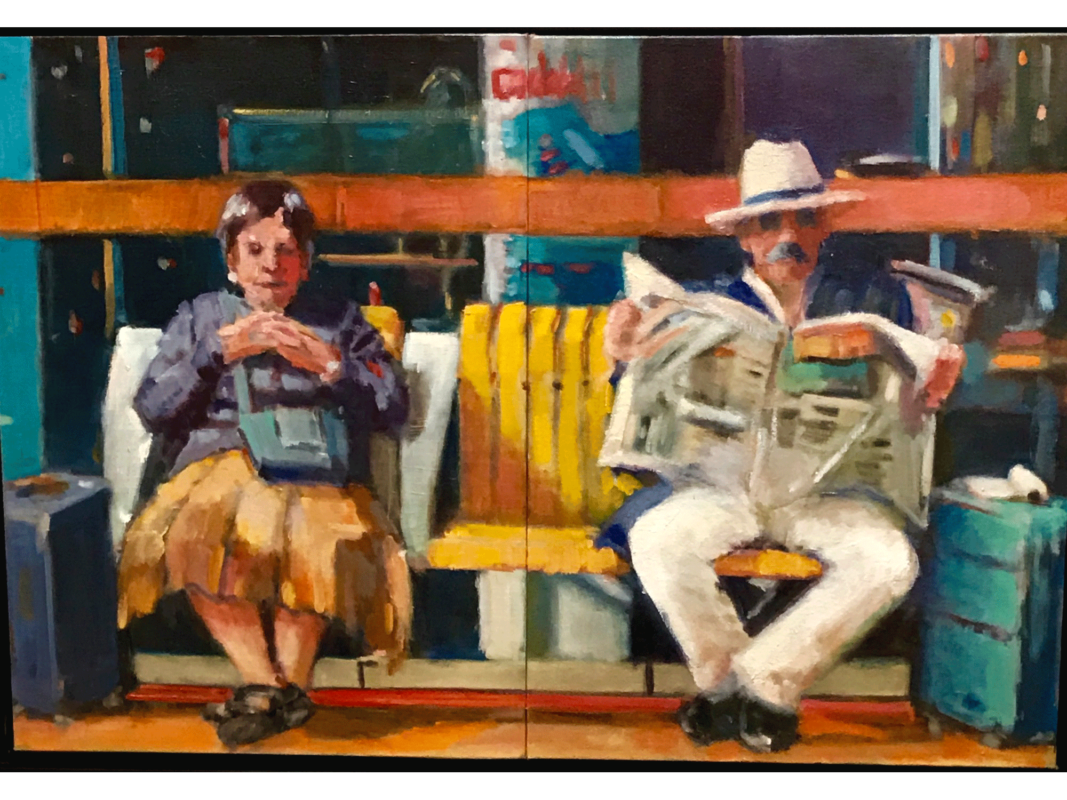 Introduction: The Issue of Jewish Art and Identity

The phrase “Jewish art” offers a range of interesting definitional questions. There is the historical one, to begin with: if Abraham was called a Hebrew, and Moses and David and Solomon were called Israelites, and Ezra and Jesus were both Judaeans—albeit these last two were nearly half a millennium apart from each other—but Bar Kokhba and Maimonides were Jews, then when exactly did “Jewish art” begin?

The foundations of Judaism are laid with Abraham and continue to be shaped by Moses and Solomon and Isaiah and Ezra. All of these individuals (and others, of course) are part of Judaism’s building blocks, but none of them was a “Jew.” The beliefs and conditions of a Jew, changing in part throughout history, are nonetheless importantly distinguishable from the Hebrew, Israelite, and Judaean conditions and beliefs from which they emerge—just as Christianity emerges from them, albeit along an ultimately different path from that which leads to Judaism.

Should one not therefore distinguish “Jewish art” from Israelite or Judaean art? Yet we recognize important ways in which the art and architecture of the Israelite and Judaean periods—most obviously, the two Temples in Jerusalem—articulated the foundations of Jewish architecture. This is most obvious in the symbolic language of Jewish ceremonial objects and synagogue décor that allude to the Temples—for example, the consistent use of the seven-branched, Temple menorah as a Jewish symbol, or, less frequently, pairs of columns that recall the pair before the Temples. Both of these images, across Jewish visual history, recall the Temple by synecdoche, looking both back to the era when they stood, and forward to the messianic era when a Temple will be rebuilt.

The historical question interweaves a conceptual one: what are the parameters for referring to art as “Jewish”? The art itself—and are there, in that case, particular symbols or subjects or stylistic elements or even materials that one might identify as Jewish? Or is it the identity of the artist that is at issue? In that case, is it a matter of being born Jewish—what of an artist who converts into or out of Judaism: does that artist’s work suddenly become or cease to be Jewish? Is it a matter of conviction: does the artist need to be consciously trying to produce “Jewish art”?

Moreover, as Jewish participation in the visual arts has expanded in the past two centuries, and exploded in the past two generations. one of the questions asked by Jewish artists has been: where exactly do we fit into the history of Western art which, for much of the past fifteen centuries has been essentially Christian art. More recently, and with increasing intensity, for Jewish women artists, that question interweaves the double question of where they fit into the history of Western art not only as Jewish artists but as women artists, given the fairly consistent history of excluding women as artists, regardless of their talent—and where, on the other hand, they fit into the history of Judaism, with its exclusions of women from many of its most important liturgical and other aspects?

Such consequences have led to an extraordinarily dynamic visual outpouring. Indeed, this complex matrix of definitional issues may be considered from different angles. One might be to reduce one’s lens to a particularly significant subset, especially in the world of twentieth-century and contemporary art—and that subset has shaped this exhibition, which focuses on the artist and on artistic identity. How do different kinds of individuals identify themselves with regard to being both artists and Jewish? How do they perceive the art that they are making as relevant to that identity? How does one assess the authenticity of their self-conception and its visual expression?

So the call sent out to artists both from within and beyond the Washington, DC area who identify as Jewish in whatever manner asked them to submit work that addresses the question of Jewish authenticity and identity. By intention, no preconceived definition of what constitutes either authenticity or identity in the realm of “Jewish art” was included. Diverse modes of expression were hoped for, diverse media were anticipated, and diverse styles were expected: abstract and figurative, colorful and devoid of color. The outcome was—is—an exhilarating array of expressions of how an artist might address the notion of “Jewish” in obvious and subtle ways.

Back to the home page
Begin the exhibition