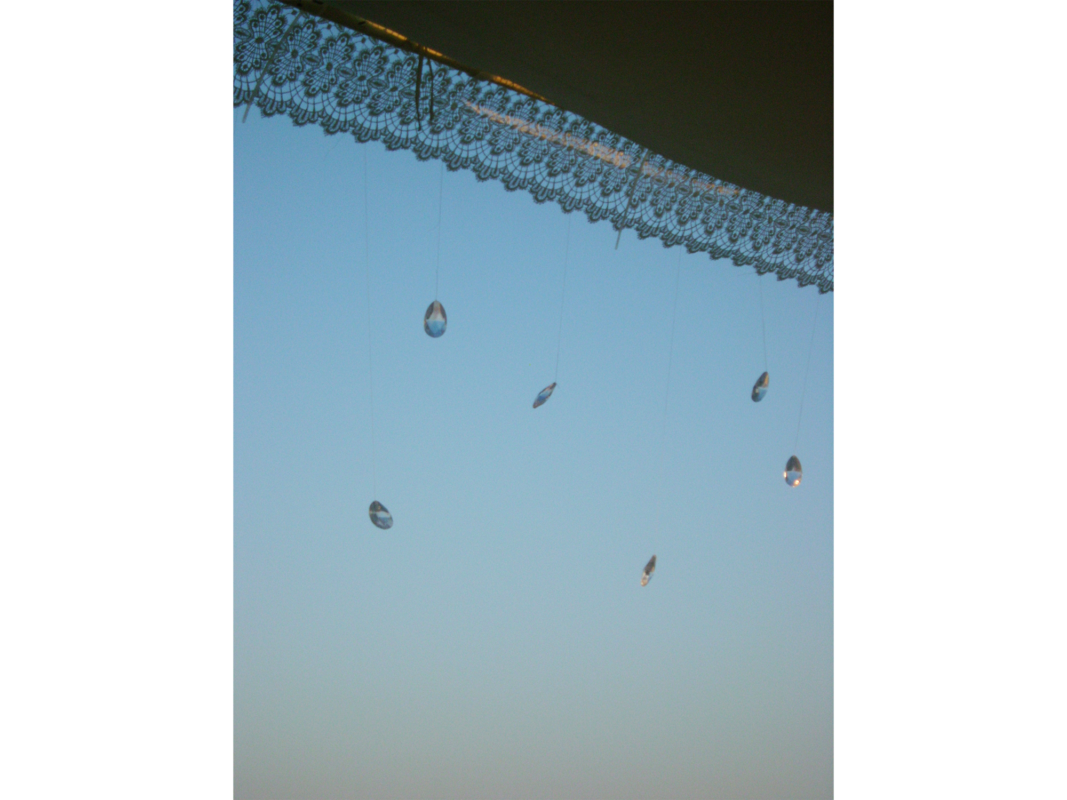 In traditional Jewish thought, the next future event was expected to be a wedding, when the Bar Mitzvah boy, now fully adult, together with his bride would begin a new branch growing from the tree of life—to begin the process that would bring forth the next generation of Jewish continuity. Whether within the gender-specific tradition of the past, or the gender-free possibilities that are included in the present in many corners of the Jewish world, the marriage ceremony takes place, if it is connected to specifics of the Jewish tradition, under a huppah—a canopy, serving as a symbol of the couple’s future home—typically held up from its four corners on poles planted in the earth, or often held up by four honored family members and friends. Sometimes the huppah is a large, unfurled tallit, thus overtly connecting this transitional life cycle moment both to the previous moment—Bar/Bat Mitzvah—and more broadly, to prayer and Torah, thus suggesting that the home of the wedding couple will be one filled with an awareness of God and the divine-human relationship.

KJ Hannah Greenberg, from Jerusalem, Israel, focuses on that tradition from a decidedly and delicately non-traditional angle. In her “Wedding Canopy,” she points her camera lens to the very edge of the huppah, doing what art at its most significant, accomplishes: causing us, the viewers, to see some aspect or element of our reality in a way we had not before. Ordinarily, we are—naturally enough—focused on the wedding couple, or perhaps on the entire microcosm of the ceremony that enfolds the couple and the rabbi and perhaps a tiny group of family members or friends held beneath the symbolic spiritual shelter of the huppah. We are not, typically, as here, drawn to the delicate filaments that form the lace-like border of the huppah, forming minute and infinitizing patterns, separating that microcosm from the larger world outside it.

Nor are there typically magical, multi-faceted droplets of glass suspended on virtually invisible threads from that patterned fringe, through which, in this photograph, we can imagine the light filtering as different colors—the more so, if a gentle breeze pulls and pushes at them. Beyond the array of abstract details—part of a ceremonial object the point and purpose of which is to offer a kind of concretization to the abstractions of love, marriage, and divine-human interaction—an endless and fecklessly blue sky (that seeps through the interstices of the huppah edge) connects the huppah elements and ourselves to that heavenly source of hope for the future. The beginning of the marriage is one among many beginnings of a new reality; the microcosm of one particular couple stands in for all of humanity.