2.7 Why Do We Stay Up There If It’s So Dangerous? by Julia Ilyutovich 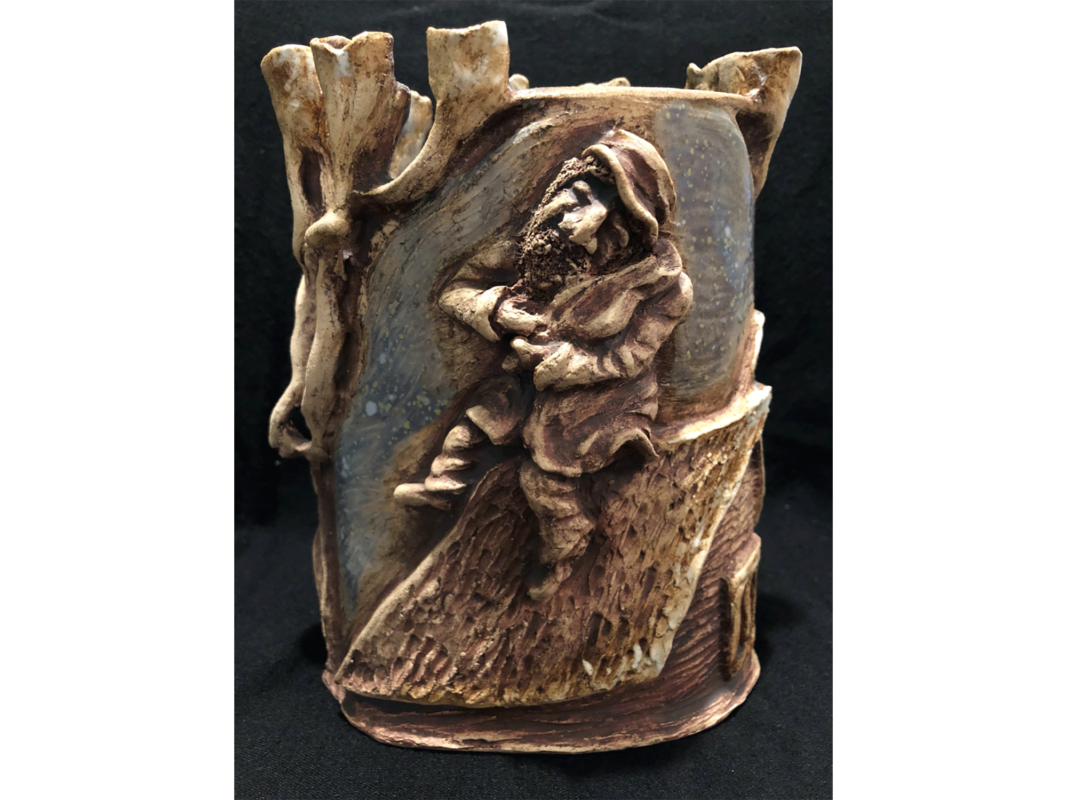 If the danger for us of the Golem is that he might fly away if we don’t keep him connected to us, the danger suggested by Julia Ilyutovich, from, Fairlawn, NJ, in her vase/sculpture (another instance of blurring the line between sculpture and crafted object), “Why Do We Stay Up There, If It’s So Dangerous?” references the world of the early 20th-century Jewish writer, Sholom Aleichem—like the artist, originally, he was from the Russo-Soviet world. His stories reached into world popular culture by way of the musical, “Fiddler on the Roof.” The relief sculpture that is elaborated on the side of the vessel is just that: a fiddler, caressing his violin as he virtually dances on the roof of a rural wooden structure. Here, as in the musical’s opening sequence, the precariousness of such a concertizing mode is immediately analogized to the precarious, dancing and dangling, condition of Jewish life in the late Tsarist era that found itself transformed but by no means rendered less dangerous in the Stalinist and post-Stalinist Soviet era.

Julia was born in the USSR and moved to the United States in 1992. She graduated from Case Western Reserve University with a degree in Computer Engineering and a minor in Art Studios. Art has always been her passion, which she rediscovered when luck brought her to a ceramics studio close to her home. Julia’s creations tell her own stories from her memories, dreams and imagination. She feels deeply connected to her roots as well as the country where she grew up. These themes often find their place in her work.