Adas Israel Congregation is pleased to invite the public to celebrate the opening of Authenticity and Identity, a visual arts exhibition curated by Ori Z. Soltes, on view from April 5 to May 14, 2021.

Authenticity and Identity addresses contemporary Jewish identity through more than 70 works of painting, sculpture, photography, and printmaking, by contemporary Israeli artists, European artists, and artists from around the United States, including many from the Washington, D.C. region. Exhibition curator Ori Z Soltes is a pre-eminent scholar of Jewish art, culture, and history, and a professor at Georgetown University. The former Director of the B’nai B’rith Klutznick National Jewish Museum he is co-founding Director of the Holocaust Art Restitution Project and has authored numerious books including, The Ashen Rainbow: Essays on the Arts and the Holocaust; and Tradition and Transformation: Three Millennia of Jewish art and Architecture. Dr. Soltes was assisted by exhibition director Robert Bettmann, and the exhibition is produced with support from the DC Commission on the Arts and Humanities and the Hakhel Jewish Community Incubator. A printed exhibition catalog is available from Day Eight books.

Join us for an opening night celebration including: welcome from Rabbi Aaron Alexander, discussion of the exhibition by curator Ori Z. Soltes, breakout rooms with the exhibiting artists, and a Klezmer performance by Seth Kibel.

The date for this event has passed

Seth Kibel is one of the Mid-Atlantic’s premier woodwind specialists, working with some of the best bands in klezmer, jazz, swing, and more. Wowing audiences on clarinet, saxophone, and flute, Seth has made a name for himself in the Washington/Baltimore region, and beyond. He is the featured performer with The Kleztet, Bay Jazz Project, Music Pilgrim Trio, The Natty Beaux, and more. Winner of 28 Washington Area Music Awards (Wammies), including “Best World Music Instrumentalist” (2003-11) and “Best Jazz Instrumentalist” (2005, 2007-8, 2011-14). His most recent recording, “When You’re Smiling,” was released in 2018 on the Azalea City Recordings record label. His song “New Waltz” was the Grand Prize winner of 2016 Mid-Atlantic Song Contest (MASC), sponsored by the Songwriters’ Association of Washington (SAW). www.sethkibel.com

Sign up for notices about exhibition events from Day Eight

For almost 150 years, Adas Israel Congregation has been a flagship synagogue in American Jewish life, and that tradition of leadership and excellence continues today in an atmosphere of depth, warmth and welcome. Our synagogue members care about each other and about what goes on here. We care about having meaningfully Jewish experiences and work together to ensure each of us has multiple entry points to those moments. We also care about the wider world and appreciate how our location in Washington provides unique pathways for social impact. At Adas Israel Congregation, we draw from the wisdom of the Torah for insight and strength in all that we do. 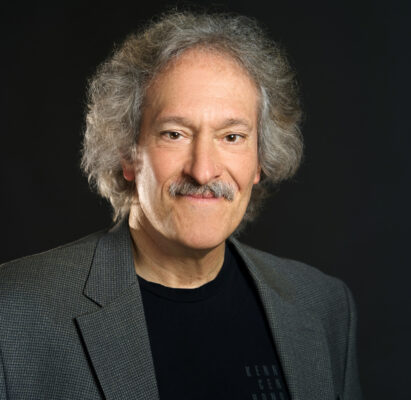 Ori Z Soltes is a pre-eminent scholar of Jewish art, culture, and history. He is the former Director the B’nai B’rith Klutznick National Jewish Museum. As co-founding Director of the Holocaust Art Restitution Project he has spent twenty years focused on the issue of Nazi-plundered art. Soltes has authored or edited 25 books and scores of articles and exhibition catalogue essays. Recent volumes include Our Sacred Signs: How Jewish, Christian and Muslim Art Draw from the Same Source; The Ashen Rainbow: Essays on the Arts and the Holocaust; Mysticism in Judaism. Christianity and Islam: Searching for Oneness; and Tradition and Transformation: Three Millennia of Jewish art and Architecture.